Ensuring the performance of your video streaming infrastructure 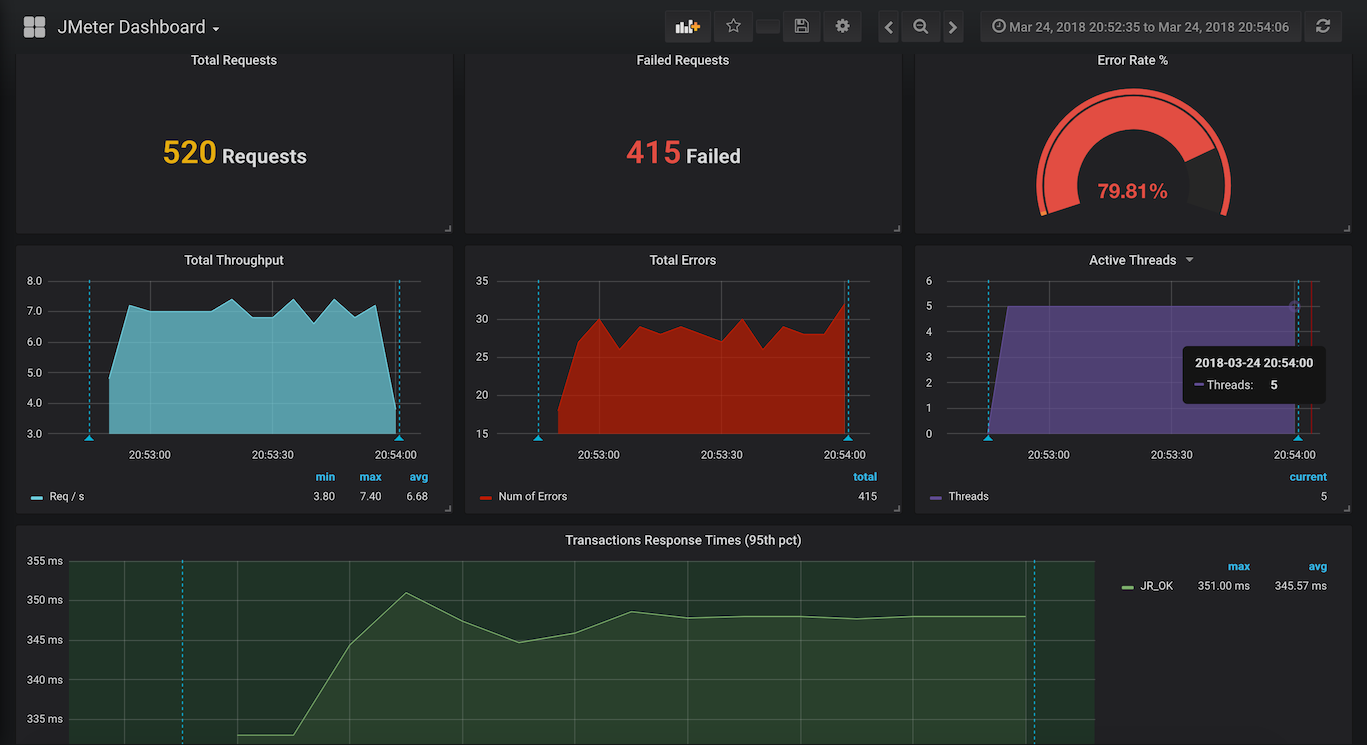 Live graphs with Grafana and InfluxDB

Ensuring the performance of your video streaming infrastructure

If you deliver Over The Top (OTT) media services, you need to ensure that the performances of your video streaming is good and that your end users are not facing Lag or buffering when using your platform.

Delivering  such services with good performances is not a simple matter.

Monitoring the production environment is critical but surely not enough as even if you’ll be notified about the issues, it will be too late for your users.

And since nowadays with social media, the bad buzz can be deadly for your brand, you’d better anticipate such issues. Some main actors around the world have discovered this with the Football World Cup 2018.

So what should you do ?

Load Testing as a way to anticipate peak traffic

The best way to anticipate future performance issues or to prepare for exceptional events is to Load Test.

But load testing Video Streaming is not a simple matter of running a set of CURL /WGET as such test will not be realistic at all.

Besides, you need to handle most popular streaming format which manifests differ quite a lot, indeed there is nothing common between HLS (Text format) , MPEG-DASH (XML format 1), HSS (XML format 2) or HDS (binary).

Finally Streaming format can be Live or VOD and the frequency and nature of requests that will hit your servers (CDN or Origin) will be quite different.

Hopefully, we have one of the most advanced performance testing software in the market for Video Streaming that will help you reproduce a realistic player behavior in few seconds  as it is just a matter of few clicks to simulate any of those formats.

Out of the box, UbikLoadPack Video Streaming plugin for Apache JMeter provides:

During your load tests or after running it, you’ll need to analyze your performances and diagnose the weak element of your architecture.

There can be a lot of causes for bad performances:

Hopefully, our solution allows you to add custom metrics to analyze some of the above issues

If you don’t want to tackle the load test yourself or if you need mentoring in this field, we provide Turn Key professional services that can include:

Our team has experience in load testing Video Streaming Servers up to 100 000 Players (and this is not a technical limit)  and diagnosing issues.

On Premise OR Cloud Ready

But our solution can also be easily setup to run on main cloud providers (AWS, Google Cloud, Azure).

Note also our plugin can be used on other SAAS providers like:

So come and get a free trial version HERE.