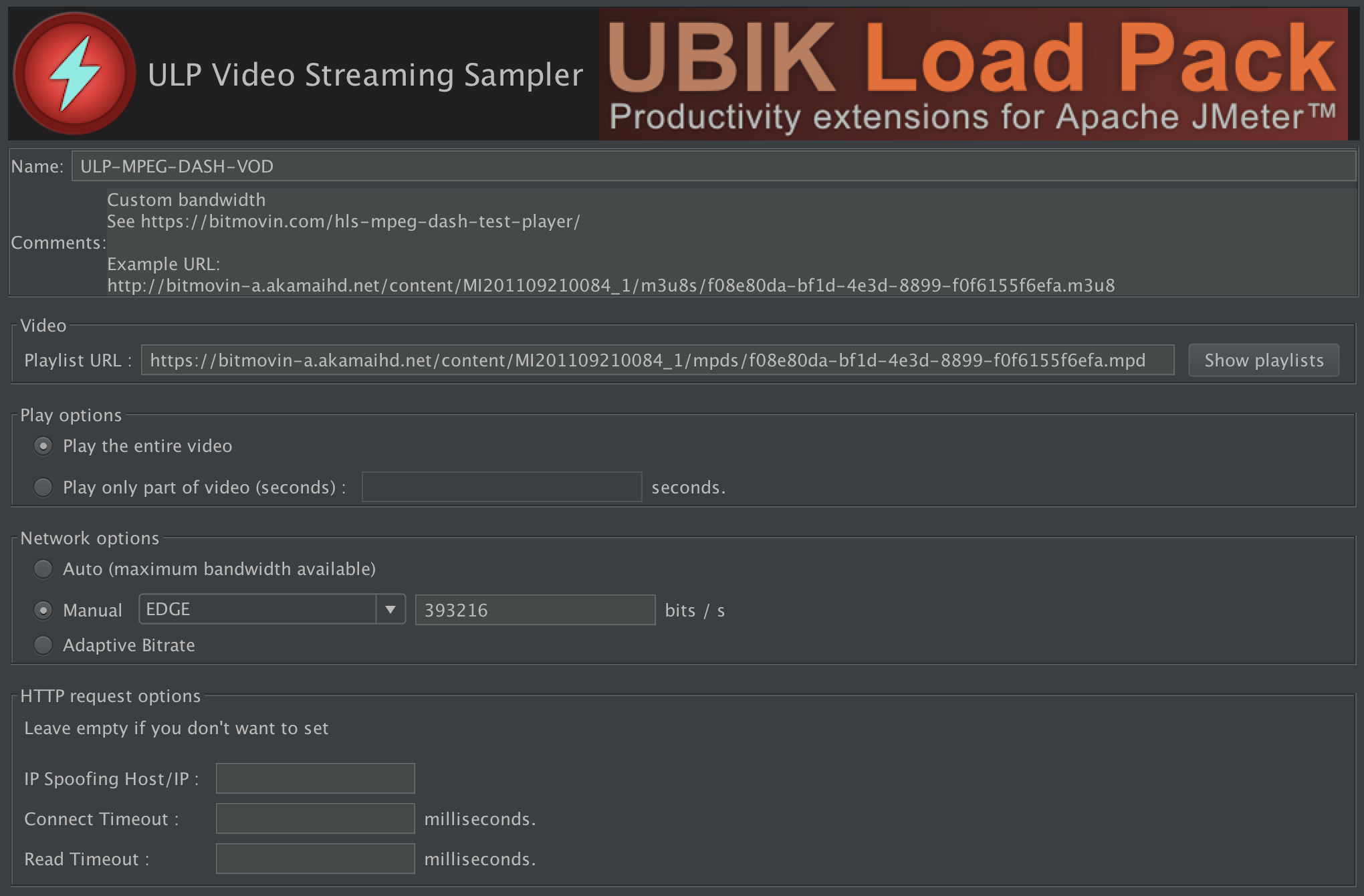 We’re happy to announce the release of the new version 6.1.0 of our UBIKLOADPACK Video Streaming plugin for Apache JMeter with many bug fixes and the following new features.

It is used by  major actors of the market.

Now the plugin automatically handles the playing simulation of the Audio playlist besides the Video playlist for the 3 formats HLS, Mpeg-Dash and HSS.

In case of Live Streaming simulation, it will automatically detect it and also update the corresponding manifest for HLS v4.

Our plugin is now able to efficiently handle playlists of more than 8 hours with high refresh rate (2s). This makes it one of the most powerful ones on the market allowing you to reduce your infrastructure costs when load testing such streams or shorter ones.

We add in this version ability to do IP-spoofing :

Besides existing metrics, we introduced the following new metrics:

With minimum JMeter 3.1 version as a new requirement, we now also provide the “sent” metric.

The new version 4.0 of Apache JMeter is coming soon with again a bunch of new features that make scripting and load testing even more productive and nice.

You can see some of the new features and bug fixes reading this github page.

Note also our plugin can be used on other Cloud providers like: