From now on, our plugin supports the Mpeg Dash streaming format.

It is now called Ubik Load Pack Video Streaming Plugin and no longer HLS PLugin (version 3.0.0 is associated with this release).

The Dynamic Adaptive Streaming over HTTP format is the only format to be an international standard (ISO/IEC 23009-1:2012).

It is backed-up by many companies, you can find more about this on the Dash Industry forum website, so we have no doubt that this format will be widely spread.

To test it in our JMeter plugin, all you need to do is to provide the url of a manifest file. Our plugin will automatically detect the format.

We hope you will enjoy this new feature ! It is now possible to load test the majority of formats in use out there. 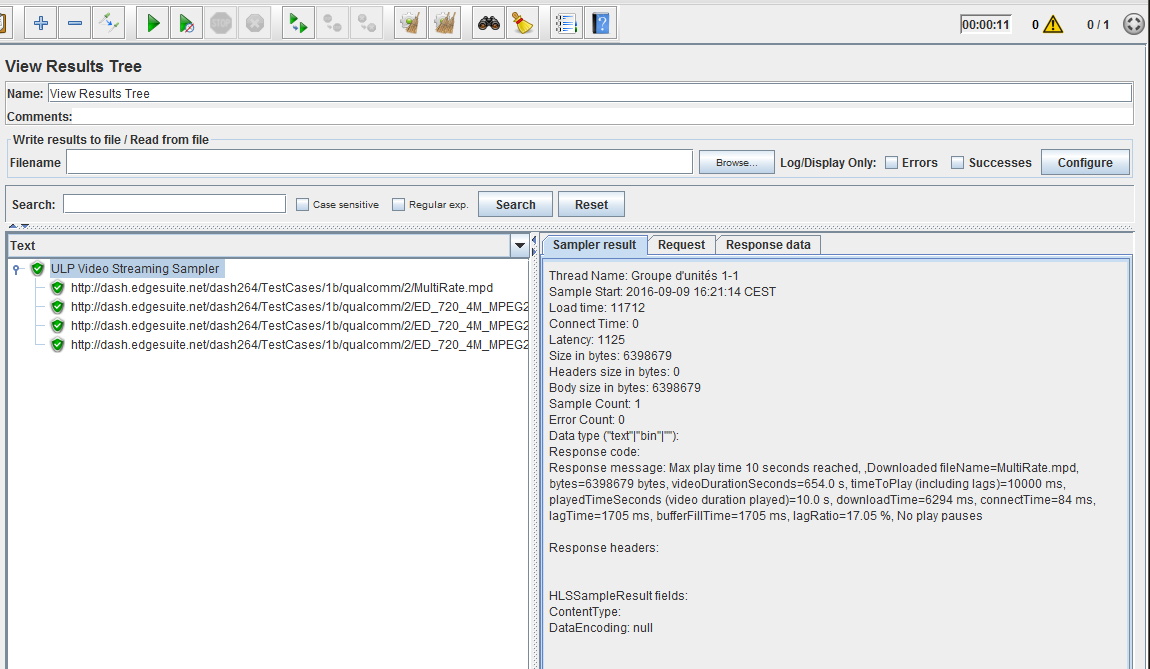 The plugin is also able to deal with Microsoft Azure Media Services urls, even for MPEG Dash streaming.

You can read a bit more about this on Microsoft Azure website, but Azure Dash urls look like this :

The second most popular Video Streaming format is Apple HLS, this format has been recently updated, we are happy to announce that our plugin has also been upgraded to take into account the latest version of the specs (version 19 as for the time of writing).
You can find those specs HERE.

So try this new version HERE.
Trial is still free and lasts 10 days.