We’re happy to announce the release of the new version 4.4.4 of our UBIKLOADPACK GWT plugin for Apache JMeter with the following new features

Sometimes, correlating and variabilizing complex request/responses through XML is too complex if not impossible.

This is particularly the case for ultra dynamic applications with configurable screens like for example the MDM STEP from Stibosystems or Digital Asset Management softwares like MediaBeacon.

With this major version of the plugin, we introduce 2 new JMeter components to ease scripting and load testing of such software:

This new PostProcessor will export GWT Response to a Java object available as a JMeter Variable.

In the example below, ths post processor will transform the received response to the configured Object (com.foo.portal.framework.client.command.result.DispatchCommandResult) and make it available as a JMeter Variable under the name “resultAsObject”.

Once done, you can then easily modify this object with a JSR223 Post Processor and some Groovy code:

Once done, you are then able to serialize it again to XML for use by the plugin that will translate it to GWTRPC format.

This new JMeter function __ulpGwtObjectToXml allows you to serialize the Java Object again to XML.

Here, you can see thanks to Function Helper Dialog, its parameters: 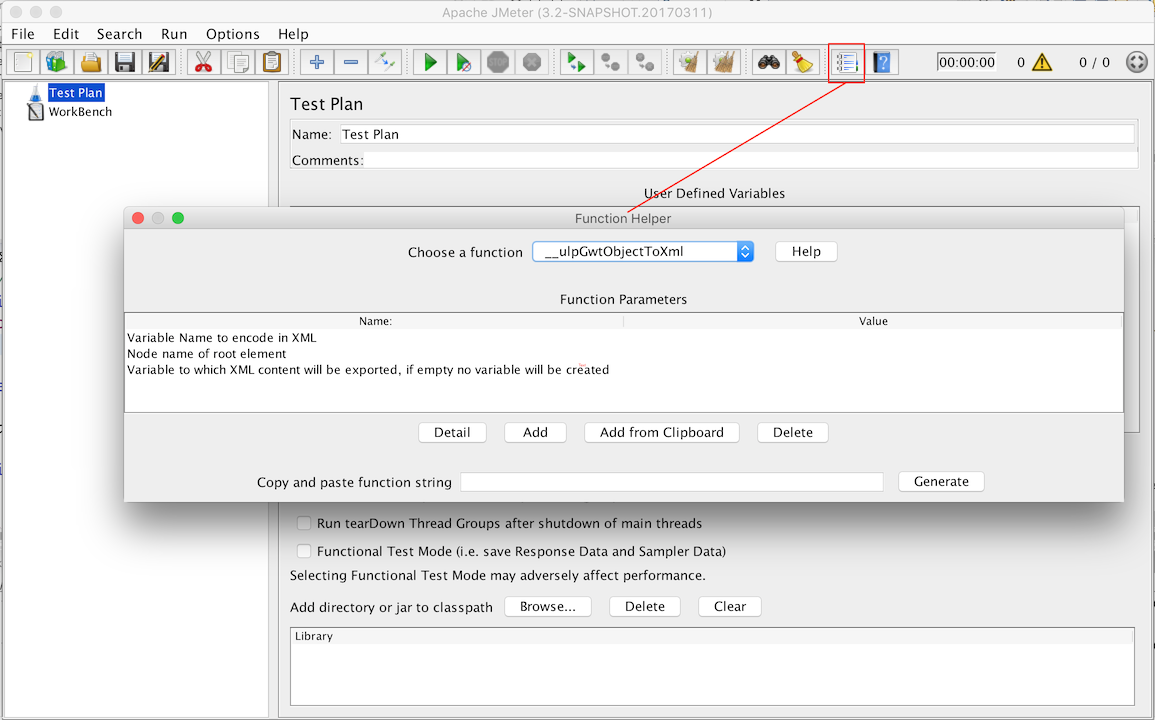 And how we can use it in a GWT request (that plugin will automagically transform to GWTRPC format): 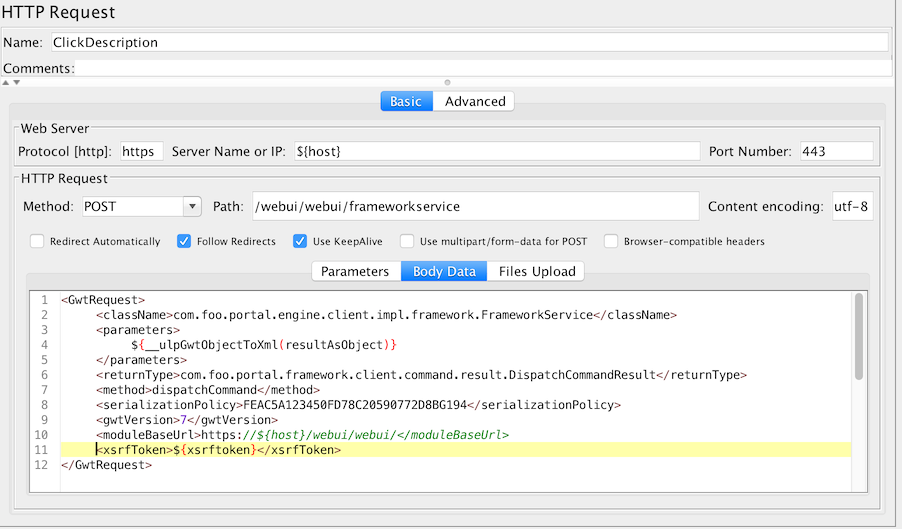 Some UI enhancements to speed up your scripting

XPath expressions building is now easier thanks to a new UI: 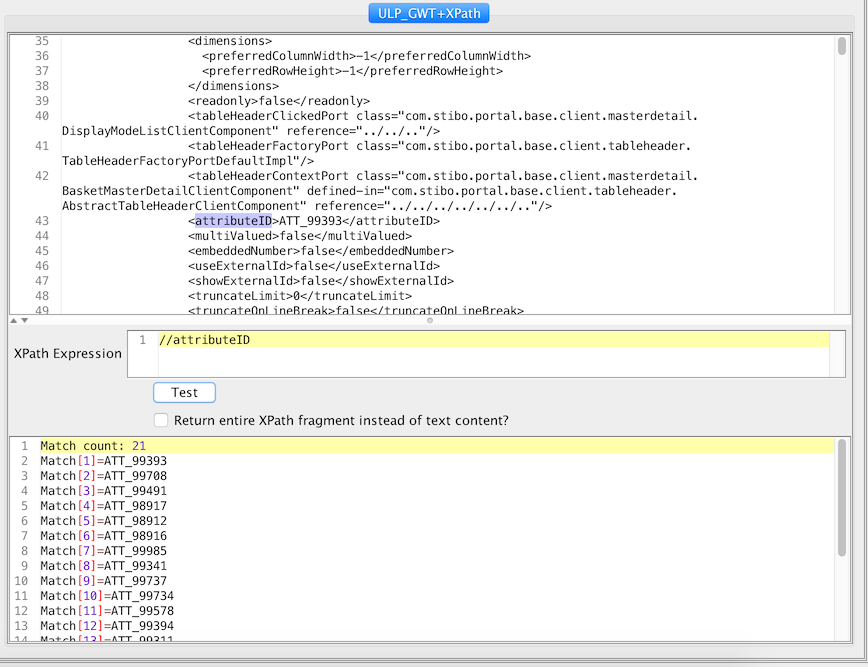 The new version 3.2 of Apache JMeter is coming soon with again a bunch of new features that make scripting and load testing even more productive and nice.

You can see some of the new features and bug fixes reading this github page.

So try it ASAP by asking for a 10 days free trial here.

Thanks to our partnership with Redline13 , the plugin is available from AWS cloud and ready to use in few clicks, read more: